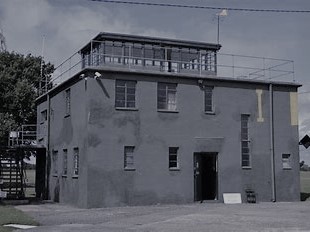 This was recorded on the 28th February 2015 at an investigation at Rougham Control Tower You can see a white shadow move from right to left.A big Thank You to Lynn Cox, for posting this on our page.

Having spoke to the people in this room (I was not there at the time) I have been told that the only light source was from the mobile phone it was recorded on.If you go to the bottom right of the clip, and make it full page, it is a lot clearer.

Neil Hughes said :We were there and saw it on the phone clearly also experienced other activity and have a video with 2 orbs on it . What do you think.?

Sarah Markillie said :This was amazing, I was in the room and didn’t realise anything had been captured till Lyn showed us, wowsers

What do you think ?